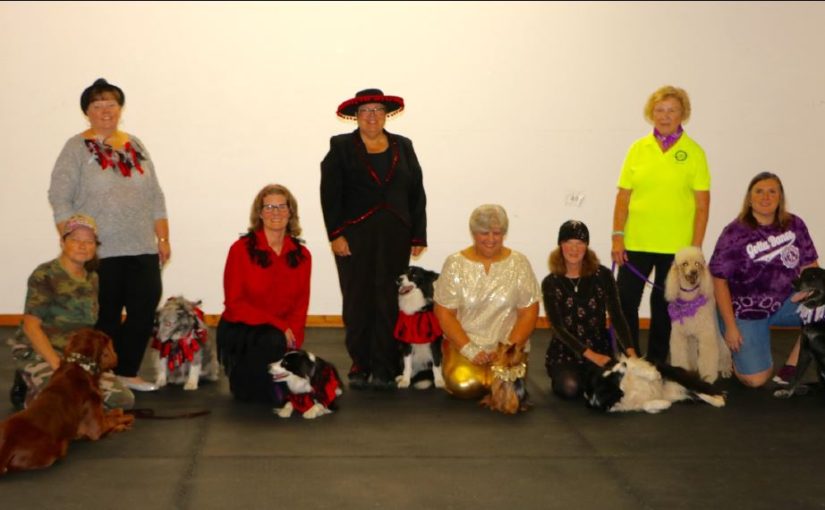 Musical canine freestyle, also known as musical freestyle, freestyle dance, and canine freestyle is a modern dog sport that is a mixture of obedience training, tricks, and dance that allows for creative interaction between dogs and their owners. The sport has developed into competition forms in several countries around the world.

Our Club offers Freestyle classes and with that, an opportunity to perform and/or compete.  If you request more information, please contact Judy Gullickson at …. or Donni Breaden at …. 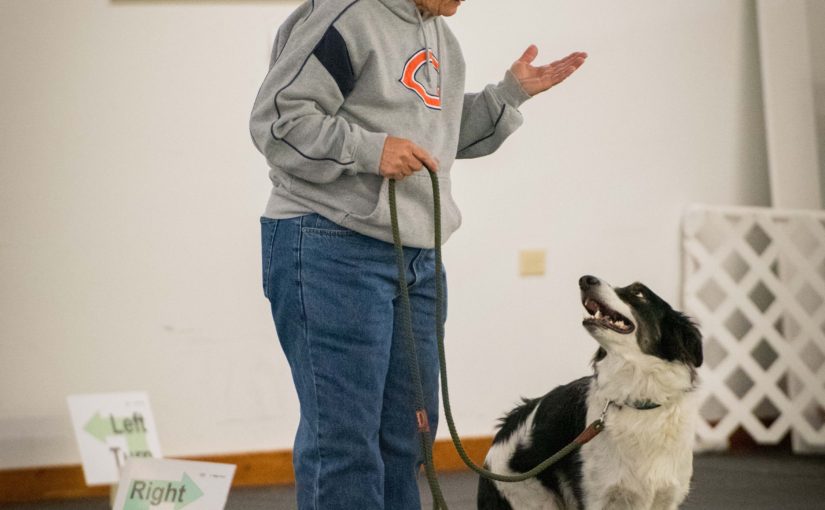 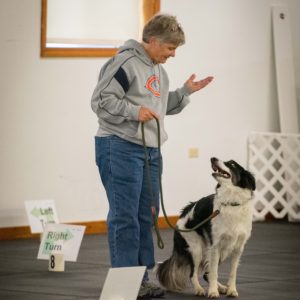 AKC Rally is the new dog sport that is taking the nation by storm! Rally offers both the dogs and handlers an experience that is fun and energizing. The canine team moves at their own pace, very similar to rally-style auto racing. Rally was designed with the traditional pet owner in mind, but it can still be very challenging for those who enjoy higher levels of competition.

A rally course includes 10 to 20 stations, depending on the level. Scoring is not as rigorous as traditional obedience. Communication between handler and dog is encouraged and perfect heel position is not required, but there should be a sense of teamwork between the dog and handler. The main objective of rally is to produce dogs that have been trained to behave in the home, in public places, and in the presence of other dogs, in a manner that will reflect positively on the sport of rally at all times and under all conditions. 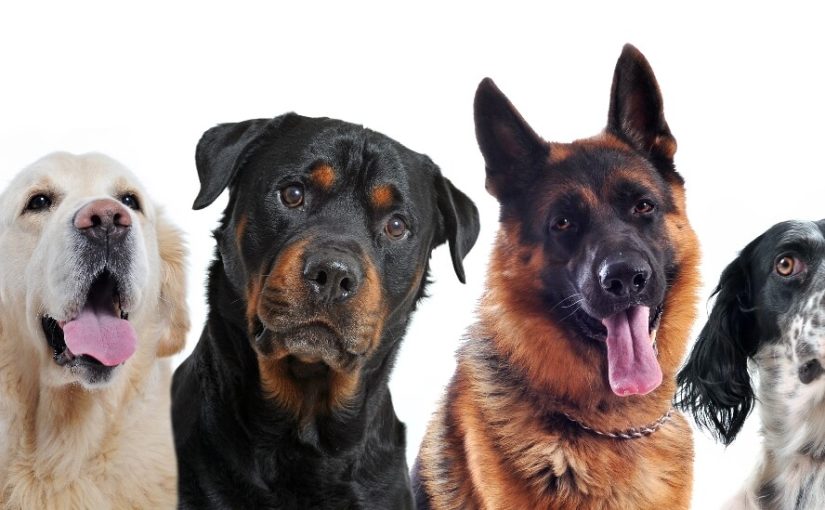 Dog shows, or “conformation” events concentrate on the distinctive features of purebred dogs. These shows give an opportunity to display each breed in their true form. POTC is offering classes for individuals interested in presenting their dogs at AKC or UKC conformation shows. 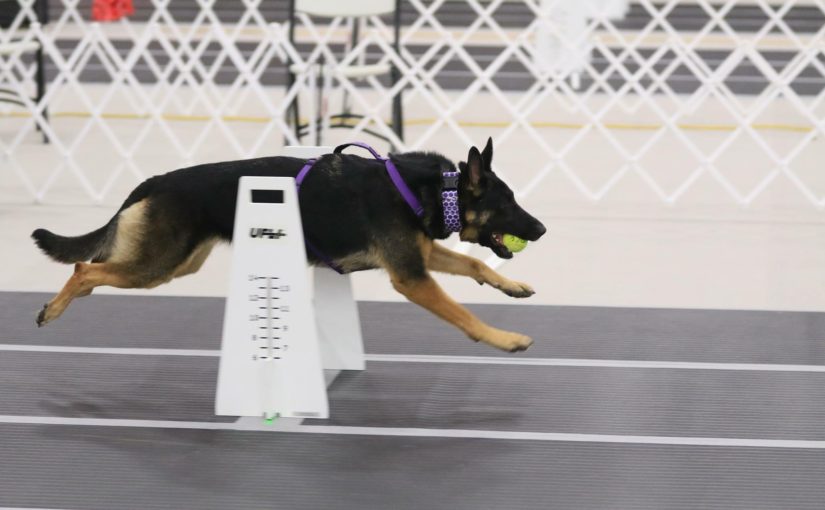 Flyball was invented in California in the late 70’s. Legend has it that Herbert Wagner first showed it on the Johnny Carson Show to millions of Americans. Soon afterwards dog trainers and dog clubs were making and using Flyball Boxes. 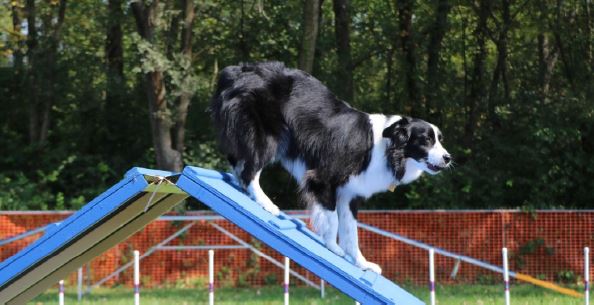 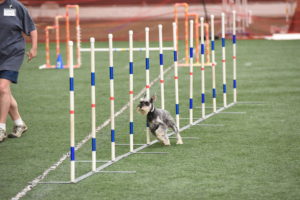 Designed to demonstrate a dog’s willingness to work with his handler in a variety of situations, agility is an athletic event that requires conditioning, concentration, training, and teamwork. Dogs and handlers must negotiate an obstacle course while racing against the clock. Agility is a great form of exercise for both dog and handler, and a fun way to bond. And you don’t have to compete to enjoy agility. Taking an agility class offers many other benefits. But many people start the sport just for fun, only to get bitten by the agility bug and become lifelong competitors! 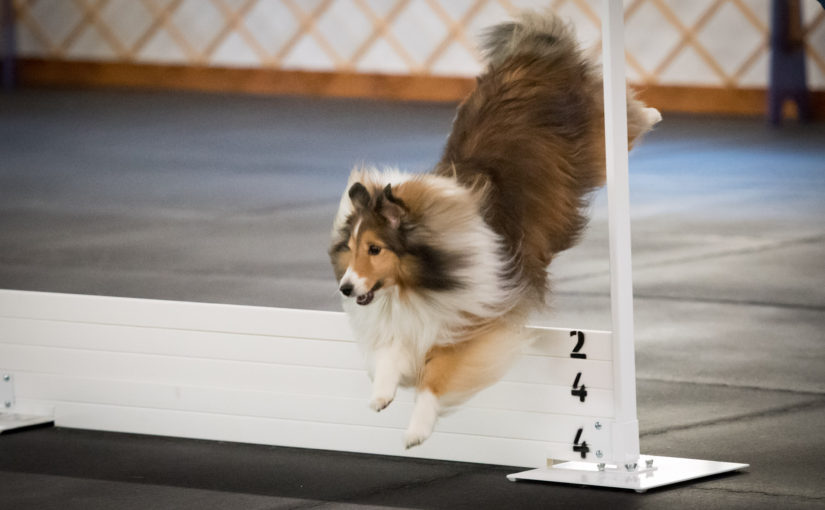 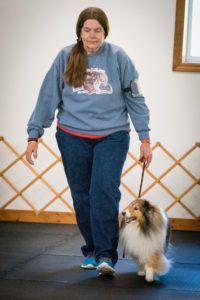 Obedience is the foundation for a happy, well mannered pet, as well as the basis for all canine activities. AKC Obedience began in 1933 with the purpose of developing a close working relationship between dogs and their owners, in addition demonstrating their usefulness and enthusiasm. This concept is still just as important today. POTC offers classes for various levels of obedience, as well as AKC and UKC sanctioned trials where you can earn titles for your dog.